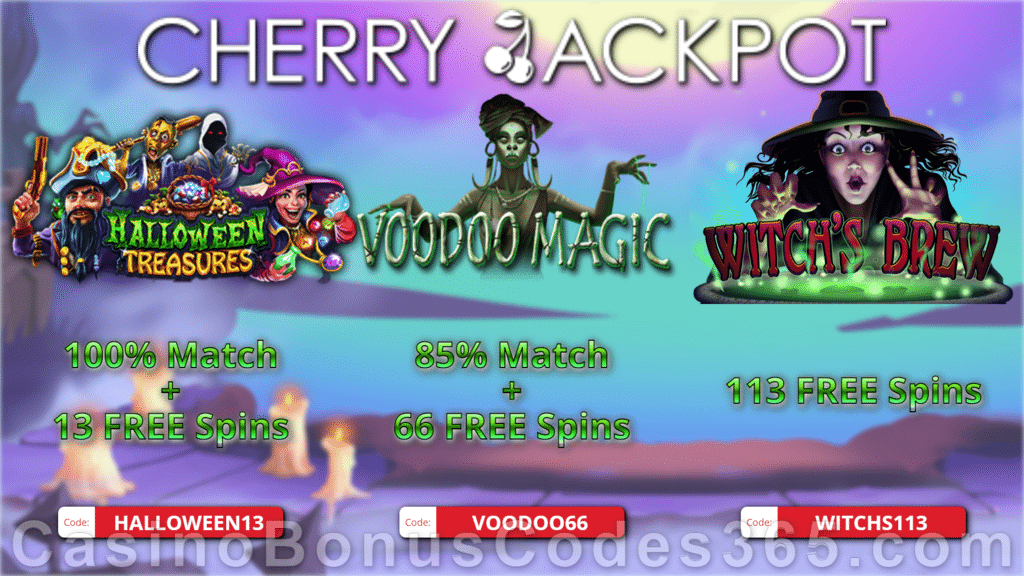 Trick or treat!
Halloween is super skelefun at Cherry Jackpot!

You are the pick of the Winning patch! 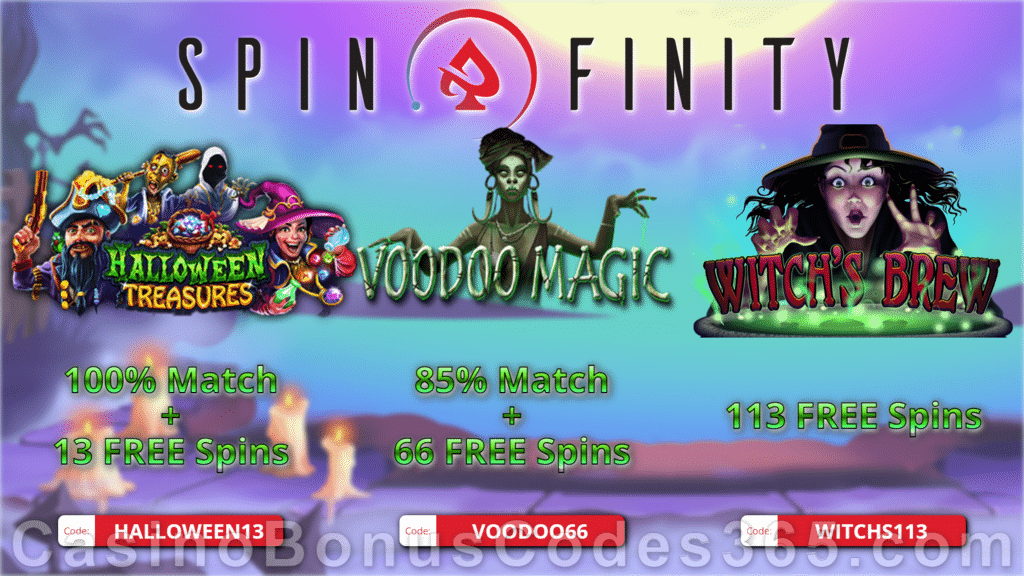 No Joke, all treats and no trick from from Spinfinity!

3 absolutely Fang-tastic offers to make you scream in delight. 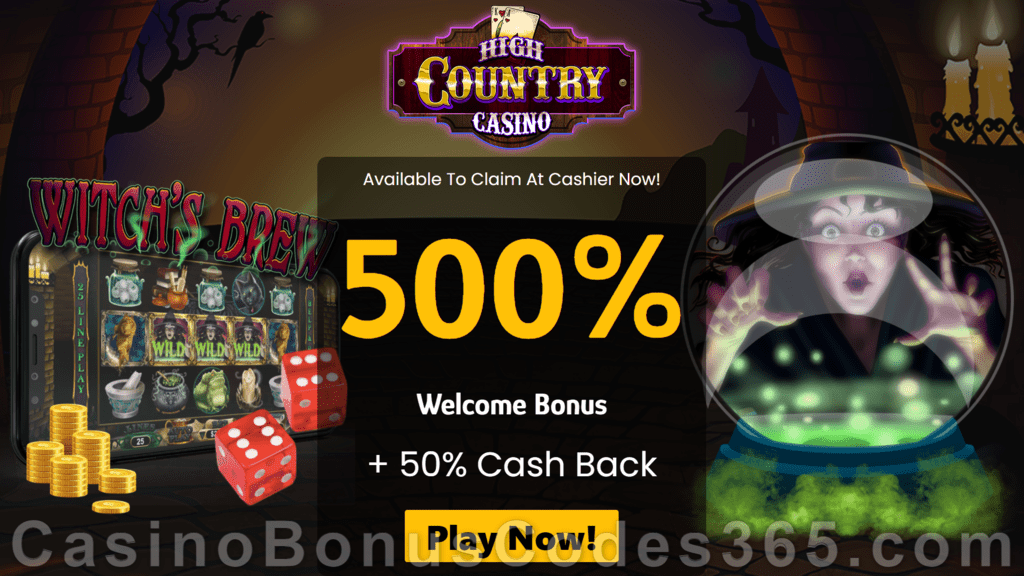 Your Winning rate is going through the roof with the potent Witch’s Brew!
All new players to High Country Casino are getting a Massive 500% Match Bonus as a Welcome gift.

Load your new account with $25 or more to activate the Match Bonus right now.
Redeem promo code: HC500 to receive up to a sensational $2500 in added chip. 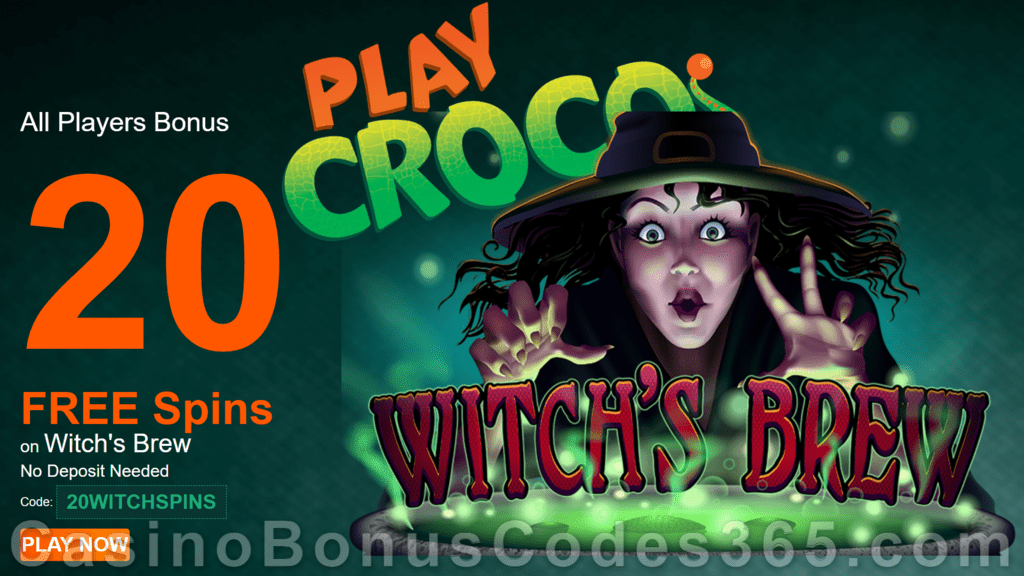 Head over to PlayCroco and find out what magic potion the witches are brewing for Halloween!

All players get 20 chances to WIN for FREE with the promo code: 20WITCHSPINS.

RealTime Gaming (RTG) launched Witch’s Brew slot back in August 2016 and has proven to be a Halloween themed slot that has lasted, no matter what time of the year.
Even though the game is quite dated, the graphics are still rather impressive, but that is just a testament to the quality of RealTime Gaming (RTG) games.
As the title suggests, Witch’s Brew is all about spells and magic potions that bubble up in a witch’s cauldron to cast a winning spell on the reels.
Join the witch in her lair as she concocts all sorts of gross and wonderful potions on the 5×3 and adjustable 25 paylines reel grid for you to break the spell and rake in the cash.
Things can get wild from time to time, in fact, there are more ways than one where this can occur, and if you get hold of the vile of blood, you will soon find your way to a bunch of FREE spins in Witch’s Brew.

There are 25 adjustable paylines ways to land winning combinations on, with a betting range of $0.01 to $25.
Witch’s Brew can reach a max win of 50000x your stake, and medium volatility.

RealTime Gaming (RTG) has once again designed a slot with exceptional graphics for a very aesthetically pleasing slot with symbols that include eyeballs, mortar, and pestles, spell books, candles, poison, cauldrons, frogs, black cats, wizards, and mandrake roots. There is also a 2x multiplier Witch Wild, a Dragon Fang Wild, and Goblin Blood Scatter that triggers the Goblin Blood FREE Games Feature.
The detail in the background depicts the Witch’s lair that is candlelit with the 5×3 reel grid hovering above it.

If you haven’t played RTG’s Witch’s Brew yet, it’s time to climb out from under the rock and give it a whirl. Witch’s Brew wouldn’t have remained a popular game to this day if it wasn’t designed with such awesome gameplay.
The top prize of 50000x your stake isn’t something you should ignore as well as the impressive features that you will never get tired of.
So join the other players who have been spellbound by Witch’s Brew over the years, and you may just break the witch’s spell and walk away with a magical sum of cash. 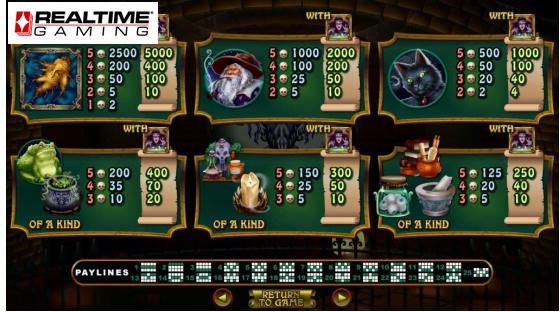 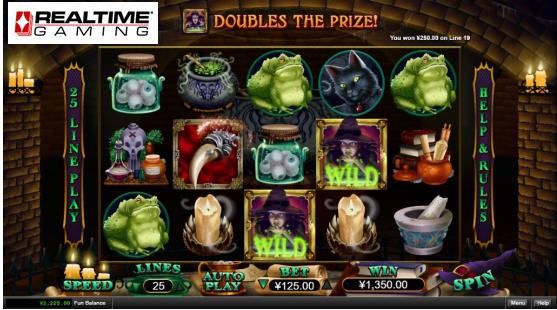 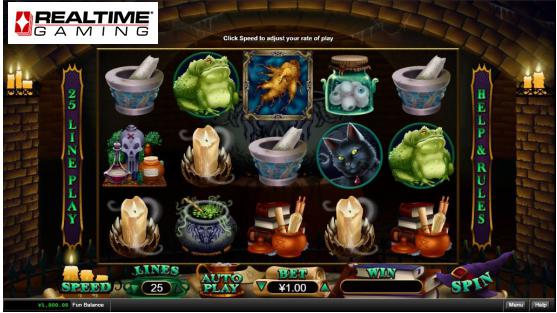 A Grande Halloween is beckoning at African Grand Online Casino!
A pair of amazing bonuses are is up for grab.
Drop a minimum of R35 into your account and the house will match your money with a sensational 299% Bonus.

But that’s not all!
A whopping 100 FREE Spins on the RTG powered slot game, “Witch’s Brew” is yours too with the coupon code: 100BREW for R50 only! What’s brewing?
A magical 299% Match Bonus from Wild Joker Casino to help you WIN of course!

Head over to the cashier and deposit a minimum of $35 to catch the Match Bonus with the coupon code: WICKED299.
Claim up to an impressive $2999 to celebrate Halloween in style!

Wait! There’s more.
Much more in fact!
The promo code: 100BREW is good for a monstrous 100 FREE Spins on the RTG powered pokies, “Witch’s Brew“.

A WINNING Halloween is the best Halloween!

Trick or Treat?!
First of all, Juicy Vegas is giving you a splendid treat of a 299% Match Bonus for your Halloween celebration!

But that’s not all!
Juicy Vegas is making sure that your Halloween is a Winning one with an enormous 100 FREE Spins for $50.

Simply apply the coupon code: 100BREW and you are ready to spin the Halloween themed slot game, “Witch’s Brew“.